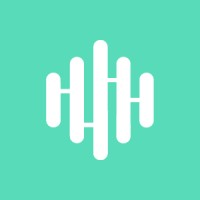 Ecosystem Name continues its growth in total investment and surpasses all of 2020 in the first half of 2021.

This is BC’s largest quarter ever in both investment dollars slightly increasing over their last quarter record. The large overall investment was fueled by 5 deals in Series B and above rounds. The Artificial Intelligence and SaaS vertical led the way this quarter with 16% of the deals each, followed by BioTech at 13% of the deals.

Also of note in Q2 was the Thinkific IPO, the FreshGrade acquisition by Higher Ground as well as 3 Private Equity deals in Tasktop for $122M CAD, 7Gen for $24M CAD and PDFTron for an undisclosed amount.

briefed.in is powered by Communitech. Established in 1997, our mission has been our guide ever since. We're here to support the founder at every stage of their journey, providing accelerated opportunities to access talent, capital and sales.